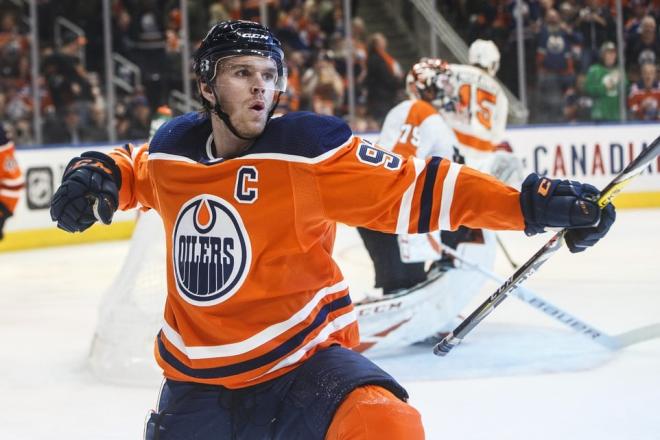 NHL and the Center of Attention

Hello Hockey fans this week we are going to focus on what I like to call the Center of attention.  Yes, we are looking at your top centers and some current Fantasy value on FanDuel.  I will also give you a few sleepers to look at as you start your weekend games.

Here is a look at your point leaders, goal leaders and assist leaders from the center position.  Leading off and playing for the Edmonton Oilers is the best overall player in the world, Connor McDavid.

Connor leads the league in scoring, 40 total points in 25 games.  He is off to a fast start and I do not see anything besides an injury slowing him down.

Second on this list is also an Edmonton Oiler and teammate of Connor McDavid and it is Leon Draisaitl.  Leon has 35 points in 25 games as well.  These two, although they play the same position, are often playing on the same line night after night while getting all the power play time playing together.

Landing on the three spot is Auston Matthews of the Toronto Maple Leafs. Sitting at 31 Points while playing 21 games, Auston is having a very productive year and may just be your front runner for the Hart Trophy.

Hitting clean up (for you Baseball fans) is Mark Scheifele of the Winnipeg Jets.  Mark is also off to a fast start with 31 points in 22 games this year.

Those are your top four-point getters at the center position.

When we look at strictly goal scoring, two of the top four Auston (18) and Connor (14) are top two, but then we should look at two other players that should not be overlooked.

Tyler Toffoli of the Montreal Canadians and Vincent Trocheck make the top four.  Tyler has 13 goals and Vincent has 12 goals.  Both players are off to above average starts and should be watched.  Tyler is listed as a center but in some leagues is offered as both a center and winger.

Now comes what we like to call play makers or maybe unselfish players who dish the puck and take pride in making other around them better.  Connor leads with 26 helpers and teammate Leon has 25, but then looking at who is sitting in the three spot we find Anze Kopitar of the Los Angeles Kings.  Anze has 20 assists to go along with only 4 goals so this is a true play making center.

As you look at these top players it needs to be pointed out that the top four point leaders, top three goal leaders and the top three assist leaders all come from the North Division.  Is this a surprise?  I don't think so because if you remember one of my opening season articles, NHL Fantasy Draft Day 2021.  I referenced the North division as a division that is going to be high scoring and it has not let us down.  Keep that in mind when doing your daily picks this division will produce points night after night.

Here is a look at a few sleepers that many may overlook but the value is good.

Joe Pavelski of the Dallas Stars.  Joe is off to a great start averaging over a point per game ( 10 goals, 10 assists ).

Here are the going rates for these top centers based on today's value on Fanduel:

Enjoy your upcoming games and make sure that your picks are at the center of attention.