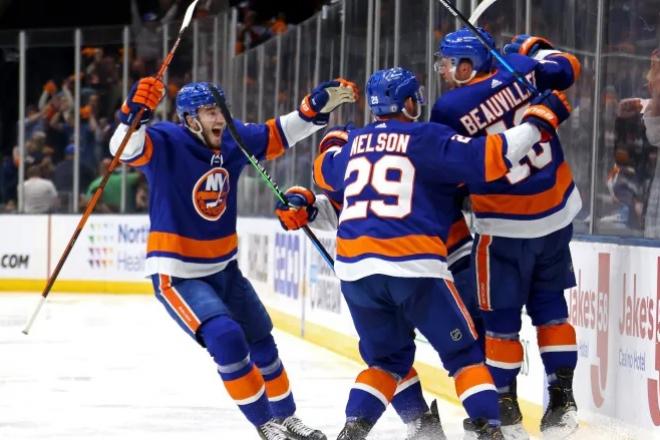 Prior to the start of the NHL playoffs, no one would have thought we'd be looking at a potential Montreal Canadiens - New York Islanders final.

The Islanders? Sure. While largely unheralded - they lack star power -  they're a very good team.

But the Canadiens? They barely made the playoffs and looked primed for a quick exit after struggling through the latter part of the regular season.

Now, Montreal and New York are one win away from punching their ticket to the Stanley Cup Final.

Why is Montreal on the verge of making their first final since 1993? Three reasons: goaltender Carey Price, the emergence of their young players, and the resurgence of some of their veterans, players who seemed to have their best years behind them.

To no one's surprise, Price has been superlative in goal. Long considered the best netminder in the NHL, he has been the foundation on which the Canadiens have built their playoff success.

At the same time, the Habs are playing a fast, tenacious style of game that keeps opponents back on their heels.

Young centre Nick Suzuki has been sensational, as have wingers Tyler Toffoli, Josh Anderson and Brendan Gallagher. And their veteran line of Joel Armia, Eric Staal and Corey Perry has been really good.

Meanwhile, the four towers on the Canadiens' defense - Shea Weber, Ben Chariot, Joel Edmundson and Jeff Petry - have been rock-solid on defense and have made timely offensive contributions.

Put all that together, and Montreal is on the verge of playing for the Stanley Cup for the first time in 28 years.

Then, there are the Islanders. After an 8-0 shellacking in Tampa on Monday, they came back from a 2-0 deficit to beat the Lightning 3-2 in overtime.

Like Montreal, the Islanders are a resilient, hard-working bunch. They score by committee, play defense by committee, and goaltenders Semyon Varlamov and Ilya Sorokin have been stellar.

No doubt, the NHL is hoping for a Tampa-Las Vegas final. Well, that may not come to pass.

What are the permutations for playoff pools? Simple: there are a lot of good players to pick from on either side.

For Montreal, there's Suzuki, Anderson, Gallagher, Toffoli, Armia and Petry. Not to mention Price in goal.

The Islanders also have lots of good players to choose from: Barzal, Beauvillier, Nelson, Eberle, Pageau, Palmeri and Nick Leddy on defense.

Can the Habs and Islanders follow through and pull off the upset of the Golden Knights and Lightning? There's a good chance.

If they do, Tampa stars such as Stamkos, Point, Kucherov, Palat and Hedman will be gone. The same goes for Vegas, as scoring stars like Pacioretty, Tuch, Stone, Karlsson, Marchessault and Theodore would also be on the sidelines.

We will soon see if teamwork will win the day for Montreal and New York, or if star power will be the key factor in allowing Tampa and Vegas to overcome a pair of very tough opponents.