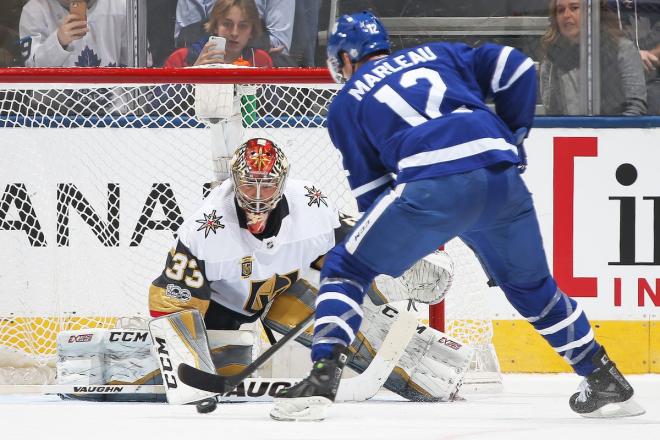 There are now (give or take) less than 10 games left in the NHL's compressed regular season.

As such, a number of teams have separated themselves from the pack to position themselves for a playoff run in a wide-open NHL post-season.

Right now, three teams - the Vegas Golden Knights, Colorado Avalanche and Minnesota Wild - are assured of playoff spots. The fourth seed will likely be the 2019 Stanley Cup Champion St. Louis Blues, though the Arizona Coyotes are nipping at their heels, albeit having played three more games than the Blues.

The North division - at least at this writing - appears to be more clear cut. The Toronto Maple Leafs, Edmonton Oilers, Winnipeg Jets and Montreal Canadiens look to be the playoff teams there, though the Calgary Flames have heated up and are threatening to give the Canadiens a run for the fourth position.

Turning to the black and blue division - I mean East division, the surging Pittsburgh Penguins, Washington Capitals and Boston Bruins are poised to make the postseason.

Finally, there's the Central division, where Carolina, Florida and Tampa Bay have distanced themselves from their pursuers. Either the Nashville Predators or Dallas Stars will slot into the fourth and final playoff spot.

Which teams look ready to go on a deep playoff run? Four of them: Las Vegas, Toronto, Pittsburgh and Tampa Bay.

First, the Golden Knights have the best goaltending (with Marc-Andre Fleury and Robin Lehner) and the most depth throughout their lineup. They are a formidable team from start to finish.

Next come the Toronto Maple Leafs. The class of the North Division, they acquired toughness and experience in the off-season, adding gritty winger Wayne Simmonds, fine defenseman T.J. Brodie and C Joe Thornton. They then added former blue Jackets captain Nick Foligno at the trade deadline. He adds toughness, versatility and leadership to the mix. Goalie David Rittich was also added, giving the Leafs more depth in goal. That said, the talented Leafs will go only as far as their goaltending (Andersen, Campbell) takes them.

Meanwhile, the Sidney Crosby-led Penguins added former Stanley Cup Champion, winger Jeff Carter, at the trade deadline. Most of their injured players have returned, they have good depth at all positions and their goaltending is excellent with Tristan Jarry minding the crease.

Last but not least, there's the Tampa Bay Lightning.

Again, they have a deep squad from start to finish. Standout forwards Steven Stamkos and Nikita Kucherov figure to be back for the playoffs, and the defending Stanley Cup champs also have Victor Hedman anchoring their defense and Andrei Vasilevskiy in net.

Which teams are dark horses to keep an eye out for? The talented Colorado Avalanche, rugged St. Louis Blues and underrated Florida Panthers and New York Islanders - in particular Florida if they get strong goaltending.

One thing is for certain: with so many teams in with a chance after a compressed season, any one of eight teams could be holding the Stanley Cup once the playoffs come to a close in early summer.