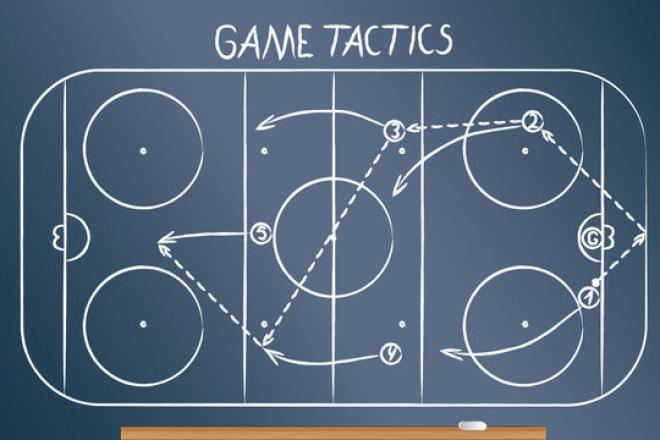 Fantasy sports has taken off over the past 5 years and the average person plays in a pool with friends and the prize is bragging rights.  How many have that one guy who seems to win and brag year after year?  Is it time to put some thought around how you can beat him.  Then there are people who play in competitive leagues or daily prize leagues and find a way to be just short of cashing in on a prize.

Well hockey fans, today I am not going to get into players this week but more strategy for picking players. I am sharing with you from my own lessons-learned of what works and doesn't work so you can review and improve your own methods for picking players for your daily fantasy hockey lineups.

So, with the hopes that you might take your game to the next level, here are some basic guidelines to remember when picking players.

Do not pick players based on your emotions or your gut feel.  You would be surprised the people I talk to or see who pick players from their local team(s).  Its one thing to cheer for your home team but picking a lot of players just because they play for your favorite team is not a true way to earn success.  Other emotions that play into picking players include things like, gut or the player's name recognition.  Just because you may of heard of a guy does not mean he is your best choice.  Highly published players are always going to be well known but are they the best pick?  Ask yourself that question before you make your final decision. I have asked why did you take this person in your draft and the answer was I had a gut feeling about this player.  "Let me know how that works out", is what I say for that pick.  One out of 20 gut picks may play out.

As a Toronto Maple Leaf fan I have done this too many times picking a player like John Tavares.  Having a decent year but not where he should be when it comes to goal scoring yet I have picked him on a few occasions and there were other centers at the same price range that would have been a better choice.  "Who?", you may ask. Well how about Mark Scheifele of the Winnipeg Jets?  Compare the two players who both play on high offensive-minded teams and you will see not only the point totals favoring Scheifele but his shooting percentage is 22.2 vs Tavares's 13.2

You may ask, "what does this mean?"  It's simple, in hockey past performance is a great tool to reference, but it also is something that does not always repeat itself.  For example just because a player had three goals the night before does not mean he is going to get three goals the next time out.  What you need to watch for in past performance is the consistency of that player and does he produce on a night by night basis.  Those are numbers that don't lie and should be trusted.

Looking at a player like Jamie Benn of the Dallas Stars, the captain of his team and a fan favorite is a perfect example of player who is picked based on the past results versus an up and coming winger.  Who is up and coming? Have a look at Kyle Conner of the Winnipeg Jets.  A younger player and not someone who is well known but he is over a point per game and is someone to look at.

Take some time before finalizing your choice.  One thing I find myself doing is that after choosing my team initially, but before I hit submit, I take some time and do my research on the team I am about to invest some time and money into.

Here are ways you can do the same:

Trust me, taking the time to review and do your homework pays off.

Doing these things will help you take your game to the next level and maybe just get those bragging rights that you finally deserve.