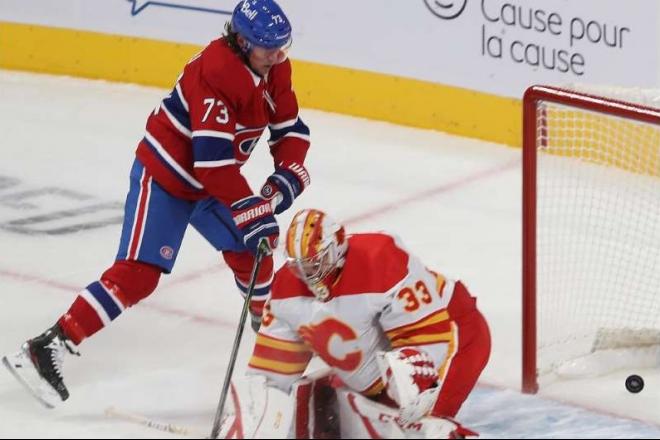 As we head into the weekend its time to look at players that have surprised us so far this season.  When I say surprise it does not always have to be a good thing.  We often overlook the actual stats vs picking players with emotions.  I am going to provide some hard facts that may surprise you and better you as you go into this weekend choosing your players.

First, let's look at some players who surprised in a good way.

Tyler is off to a hot start posting 9 goals and 4 assists over 14 games almost a point a game for this player.  Beginning of the season his fantasy rank was 147 but has jumped to 28 in the top rankings and has established himself as a player worth adding to your daily roster.

"Who is this?" you may ask and you would be correct to do so. Alex is a player who is not well known, but will be soon, having posted 7 goals and 8 assists for 15 points in 11 games.  He ranked 92 at the beginning of the year and is now among the top forwards, having jumped to 23.  He is a player worth a spot in your daily leagues or worth trying to trade for, as he is seeing close to 20 minutes of ice time per game.

Ranked 238 at the beginning of the year and now at 21 among forwards, having posted a 7 goals and 11 assists stat line so far this season.  This is a great start, but I warn to be careful with this player as he has shown to be streaky in the past.  I recommend that before choosing him for your line-up check his stats in the last five games to see if the streak is running hot or cooling off.

With 17 points in 17 games, Quinn leads all defenseman in the league. He is also third in assists behind only Connor McDavid and Leon Draisaitl, which is not bad company for this 21 year old.  Averaging over 22 minutes of ice time plus the fact that Vancouver is giving up a large number of goals per game means the play is wide open and he is taking advantage of the style of play.


Now let's look at players who surprised in not a good way.

Yes, you are reading this correctly, Nathan has played 10 games and has 14 points but only 2 goals.  Being off to a very slow start putting the puck in the net is concerning.  A top player, sorry, a top-5 pick in 98% of year-long fantasy leagues he is no doubt major disappointment so far to team managers that drafted him.  In past years he posted 35, 41, 39 goals and is on track for only 16 this year.  In fantasy leagues do you look at trading him?  In daily leagues do you pay a high salary for this player?  Some important questions you need to ask yourself.

Posting 3 points in 12 games with only one goal is not surprising, but shocking.  Ranked 13 at the beginning of the year, his stock has fallen to 276.  Last year Mika had 41 goals and 34 assists in 57 games and now this player is on track for 15 points this year.  What else can I say but "dump" in your leagues and stay away in daily tournaments.

Evgeni ranked 25 at the beginning of the season and now sits at 282.  Here is a player that everyone in the hockey world knows by name and would be a top 20 pick in most leagues.  This year posting 3 goals and 4 assists in 12 games is a far cry from what his past point totals have been.  I feel he will be traded this year, so keep an eye on this as you heard it here first.

Those are my surprises so far, both the good and the bad, for helping you make some wise decisions as you continue to build your fantasy teams.