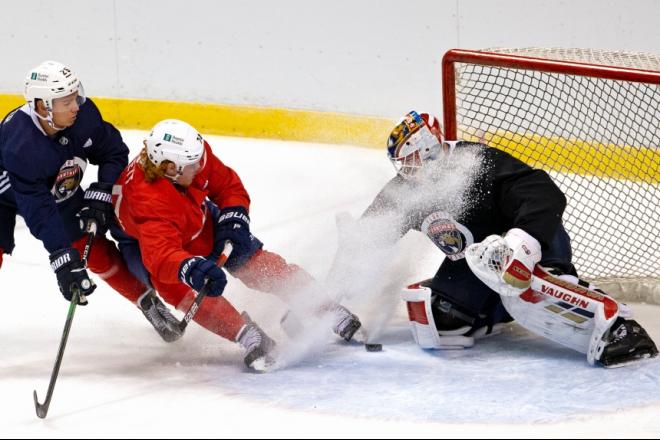 Well, the NHL's 2021 campaign is finally off to a precarious start.

After roughly a week of play, several things have become clear, foremost among them the fact that the players are still finding their legs. That's understandable, as many teams hadn't played a game in roughly 300 days.

How will that rust - and the continued, disconcerting presence of the COVID-19 pandemic - impact the coming season? In more ways than one:

Mediocre, mistake-prone early season play. With only a brief training camp and no exhibition games - not to mention key additions and deletions to many rosters - it's going to take players time to find their form, and for teams to build chemistry. It could take as many as five to ten games for certain players to get back up to top form.

There will be injuries. Combine a compressed schedule with little time to prepare for the unenviable task of playing 56 games in roughly 120 days, and it's likely that many players will miss time due to an assortment of injuries big and small. This means that a fair number of start players figure to miss time, thereby reducing their productivity.

Taxi squads will be called upon. Even though it's early in the season, teams have already been dipping into their six-player taxi squads due to injury and COVID-related issues. Expect this to be the norm as the season progresses; no team is going to be immune from the coronavirus or injuries.

Parity will prevail - at least, initially. Seeing as many teams will be playing their way into form, expect a mixed bag of results for the first ten to twenty games. Once the season hits the halfway mark, look for better teams to start separating themselves from the pack, particularly the ones that have the best depth through their line-up.

Teams will be playing each other eight to 10 times during the season, so expect intense, entertaining games, especially down the stretch as teams vie for playoff spots.

The Upshot? Flexibility will be key for NHL teams and those involved in NHL fantasy pools.

Line-up changes will be required pretty much every day, with pool-goers needing to keep a constant eye on who's playing, and how productive those players are. Reality is, line-ups will likely be a revolving door due to injury and illness. With that in mind, you'll need to keep current so you can make sharp, savvy picks to bolster and sustain your line-up's productivity.

One thing is certain: it's going to be a fun, exciting season!