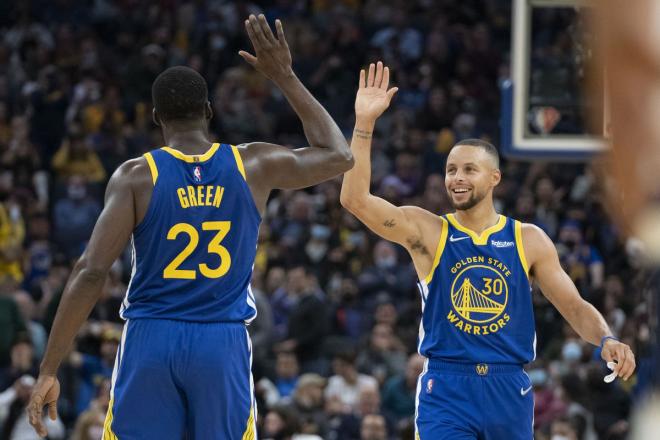 NBA: Trios Not Necessarily The Answer

So - exactly how are the NBA's dynamic trios working out?

To date, results have been mixed.

Out on the west coast, the Lakers - with their triumvirate of LeBron James, Anthony Davis and Russell Westbrook - have been struggling.

At this writing, LeBron & Co. are struggling to make the playoffs at a disappointing 17-18, good for seventh in the western conference.

Out east, the New Jersey Nets sit atop the east with a 23-9 record, and are looking good.

Problem is, they've compiled that record largely with a dynamic duo - Durant and Harden - as Kyrie Irving has been largely unable to play due to being unvaccinated. As talented as he is, you have to wonder if there's enough room in the Nets' lineup for another player who wants - no, needs - to have the ball.

Therein lies the issue with trotting highly-talented trios out onto the court. Only one player can handle the ball at a time, and only one can shoot it.

That's a problem when you have three players on the court who are used to being The Man - they inevitably want to be the go-to guy. When that happens, friction can occur, causing a lack of offensive flow. If that happens - the ball is delivered one beat too late, or a shot is forced - an offense can struggle.

Just look at the Lakers.

While it can be argued that their Big Three have yet to gel due to injury issues, that's an empty excuse. Prior to the arrival of Westbrook, LeBron and A.D. were just fine together. James - who can take over games, but has always been an excellent ball distributor - has no issues with feeding big number 3 down low.

Heck, he's even fine kicking the ball out to Carmelo Anthony to set up three-point attempts. Those three players would have been fine together as their skills are complementary. Nothing ever has to be forced when they're on the court.

That's not the case when Westbrook is thrown into the mix.

The focal point on every team he's played on, Westbrook's hard-driving game just doesn't mesh with James, Davis, and to a lesser extent, Anthony. When he's on court, Russell has to drive everything.

When he can't do that - which is to say when LeBron is orchestrating the Lakers; offense - Westbrook is lost. Not used to being a complementary piece, he isn't sure what to do. His rhythm disrupted, he struggles mightily. In turn, that throws a wrench into L.A.'s offense. A two-man game with complementary pieces to dish the ball off to is fine, but a three-man game where two players (James, Wesbtrook) want the ball? It might work, but not well.

The Nets could have the same issue with Irving in the lineup. While Durant is a scorer who likes to be fed, both Irving and Harden want the ball in their hands. That could create problems in tight playoff games where unselfish play is often the key to winning.

That's why teams like the Golden State Warriors, Milwaukee Bucks and Phoenix Suns could well go deeper into the playoffs than the Nets and Lakers (that is, if the latter makes the postseason): they're teams with great players that are surrounded by deep, talented casts that complement them.

Come crunch time, players with a team-based rather than a star-based scheme will usually prevail because egos don't get in the way when it comes time to do whatever is necessary to win.