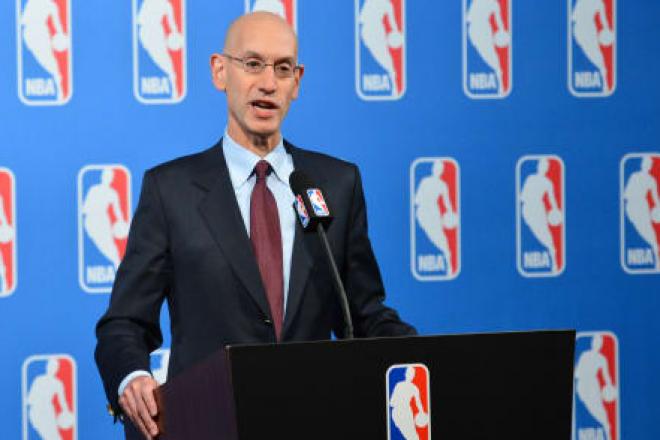 NBA’s Plans for Next Season Set to Cause Schedule Issues

The current NBA season may still be going on with the Conference and NBA Finals, but commissioner Adam Silver is already looking ahead to plans for the 2020/21 season.

According to Silver, it looks most likely that the regular season will not begin until January while admitting that by pushing back the start date and committing to a full 82-game regular season, it could mean a clash with the rearranged Tokyo Olympics.

“I continue to believe that we’re going to be better off getting into January,” Silver said during part of the ‘Citizen by CNN’ event. “The goal for us next season is to play a standard season ... an 82-game season and playoffs. And further, the goal would be to play games in home arenas in front of fans, but there’s still a lot that we need to learn.”

The NBA went into lockdown back in March due to the coronavirus pandemic, with concerns the season could get cancelled. A solution was found by relocating to a secure “bubble” at Disney World, Florida where the remaining regular season games were completed before the playoffs got underway.

Changes of location and schedule have been common across the world of sports to both safeguard participants and ensure events can still go ahead during the pandemic.

Soccer leagues in Europe played deep into the summer inside empty stadiums to complete their seasons, while boxing, MMA, and tennis have hosted events inside NBA-style “bubbles”.

Likewise, major horse races are being held without trackside supporters, meaning fans will need to watch upcoming races from TV this year or wait for the online Breeders’ Cup Results by TwinSpires and other reliable sources.

To counter the extended delays caused by the coronavirus-enforced shutdowns, European soccer opted for a quick turnaround and a shortened off-season to limit any scheduling issues, but the NBA looks set to ignore that model.

With a typical regular season lasting around six months before two months of playoffs, should the NBA not restart until January, that could mean the Finals are not completed until August or September.

Silver has recognized that a January start to the new season will have serious implications for players hoping to compete in the Tokyo Olympics, which itself was postponed until 2021.

“There are a lot of great U.S. players, and we may be up against a scenario where the top 15 NBA players aren’t competing in the Olympics, but other great American players are competing,” Silver said. “And, obviously, there are many NBA players who participate in the Olympics for other countries. That’s something we’re going to have to work through.”

Team USA are perennially the overwhelming favorites for Olympic gold but that does not dilute the significance of competing in the world’s greatest sports extravaganza. Even for the biggest basketball stars, having the chance to be an Olympian – especially when there is a high probability of becoming an Olympic gold medalist – can be a once-in-a-lifetime opportunity.

It is not only U.S players that will be affected, of course. The FIBA Olympic Qualifying Tournament is scheduled to take place June-July 2021 and the involvement of many nations’ NBA stars could make the difference in qualifying for Tokyo.

Luka Doncic and Goran Dragic are vital to Slovenia’s chances, Greece will be relying on reigning two-time MVP Giannis Antetokounmpo to guide them to the Olympics, and Serbia’s hopes will be significantly strengthened if they are able to call upon Nikola Jokic, Bogdan Bogdanovic, and Nemanja Bjelica.

“These are highly unique and unusual circumstances,” Silver said. “And I think just as it is for the Olympic movement, it is for us as well. And we’re just going to have to sort of find a way to meld and mesh those two competing considerations.”

How that solution presents itself is anyone’s guess, particularly if travel restrictions and quarantine periods remain in place by next summer. Of course, it is Silver’s job to put the NBA’s best interests first, but making next season clash with Olympic duties is far from ideal.

As Silver himself said, these are indeed “unique and unusual circumstances”, so would it not make sense for the NBA to somewhat follow European soccer’s lead and have a shortened off-season? Because at present, a January start looks set to cause more problems than it solves.