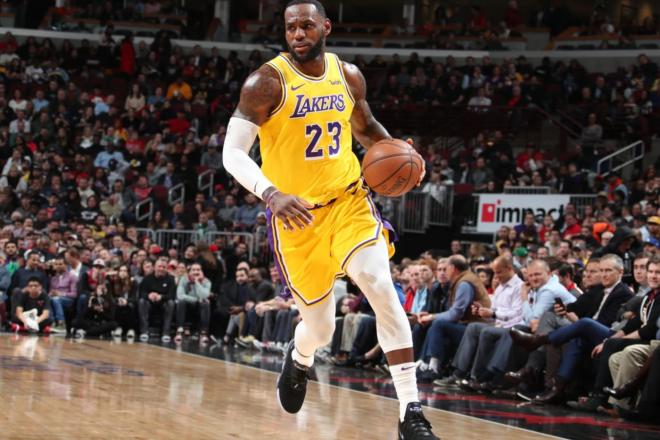 This will be the Clippers eighth trip in franchise history to the Western Conference Semifinals, but the squad is still looking for their first ever Conference Finals birth. Standing in the way of snapping that streak are the third-seeded Nuggets, whom have twice advanced to the Western Finals (1985, and 2009), falling to the other Los Angeles team, the Lakers, both times. These two teams have met once in the postseason previously, with LA taking the Nuggets out in five games in the First Round of the 2006 Western Conference Playoffs.  The Clippers are overwhelming favorites at -950, while you can get Denver at +600.  You can also get Los Angeles at +200 to close things out in five games, which is my favorite play on the board.

Kawhi Leonard – The two-time NBA Finals MVP dropped 70.1 DraftKings points on the Mavericks in LA’s Game 7 victory.  He is looking like a man on a mission for back-to-back rings out there while playing 40 minutes per game in the playoffs at this point. Despite all of this, he still is only showing up in about 30% of lineups, but that should change as the deeper we go into the playoffs, there will be less choices.

Nikola Jokic – Jokic was the only other player considered as a possible series stud, but there is no shame in losing that title to the defending NBA Finals MVP on a team that is heavily favored. The Serbian is a DFS stud in his own right.  He scored over 40 DK points six times, and over 50 three times against the Jazz.  He saved his best performance for last with 30 points, and 14 rebounds in a 55.0 DK point performance in Game 7.  The one concern could be his minutes, which ranged anywhere from 32-43 against Utah, but keeping your star well-rested for optimum performance is not always a bad thing.

Jamal Murray – At this point, Murray looks like your next best Nugget’s DFS option behind Jokic. The 23-year-old guard averaged 18.5 points-per-game this season, with 4.8 assists, and 4.0 rebounds to boot.  While only scoring 27.0 DK points in the team's Game 7 victory, he also had some massive outbursts in the series, including a 59.3 performance in Game 1, three performances over 67.3, and an insane 82.3 in Game 4.

Paul George - George's struggles in the bubble have been well-documented, but the reality is, he has been consistent and maybe this just the playoff version we should expect of him. He scored in the 30s on Draftkings in five of the seven games against Dallas.  He did not stray far in the outliers with a 42.8-point performance in Game 6, and a 25.0 point outing in a Game 5 that saw him play just 25 minutes. His only double-double came in Game 2 when he scored 14 points and grabbed 10 boards, and there is really no reason to think these numbers are going to see a drastic jump against Denver.

Lou Williams – In a series that is really lacking star power, rounding out a top five was not easy, but with a gun to my head (are we still allowed to use that analogy?) I am going with Sweet Lou.  It is hard to justify a 33-year-old player who comes off the bench, but he has hit double figures in seven of his last nine outings and exploded for 50.5 DK points in Game 5 of the seven-game series against Dallas.  This is not a guy you probably want to count on every night, but if you pick him in the right spots, he will put you in the cash.

Patrick Beverley  – He is listed as questionable for game 1 and has been out since August 17 but Doc Rivers said he expects him to play with restrictions so barring any aggravation to his calf, his minutes should increase throughout the series.

Houston had a much tougher series against Oklahoma City than expected and got stretched to seven games before advancing to face a well-rested Los Angeles side.  The Rockets will be looking to add a ninth conference finals appearance to their resume.  Their last trip to the West Conference Finals was in 2018 when they fell to the Warriors in seven.  The Lakers are easily the winningest franchise in NBA Western Conference history with 31 Finals appearances and 16 titles (trailing only Boston’s record 17).  All that being said, the team is making their first playoff appearance since 2013 and have not advanced to the Conference Finals since 2010 when they won it all. This will be the ninth time these two sides have met in a postseason, with LA having won five of the previous eight series, including their most recent meeting in 2009 when the Lakers took down Houston in seven in the conference semis. Los Angeles is a -400 favorite against the Rockets who come in at +320. Personally, I like for LBJ to find that extra gear and get his team to the Conference Finals, but it will probably take six or seven games to do so.

Lebron James – In a series filled with studs, King James still has his title on lock.  He might be older and a half-step slower, but he is still a three-time NBA MVP that has led a team to eight of the last nine NBA Finals. He dropped 71.5 DK points last time out, which was his second 70-plus point performance against Portland.  He also had a 68.5 point performance in there, but there is blowout potential in some of these games and that happened to LBJ in Game 2 when his team won by 23 and he only scored 29 DK DFS points in 27 minutes of action.

Anthony Davis - has scored 52 DK points in four of the five playoff games vs. Portland, and over 60 in two of the last three. Keep an eye on his finger issue (more on that below) but he is a threat from anywhere on the court and his 26.1 points ppg on the season to go along with his 9.3 rebounds prove that.

James Harden – What is there to say about the “Bearded Bandit” other than the fact that the guy is a stud.  His numbers have taken a small dip with the return of Westbrook but we are still talking about the guy that has averaged 34.3 ppg this season.  In the seven games vs. OKC he never scored less than 45.5 fantasy points and also had a 74.4 point performance.  You have to watch his salary because sometimes he tends to get priced so high that he is just not worth it, but if you know you are going to need points, this is the place to find them.

Russell Westbrook – He had a stretch from Aug. 6 through the 29th where he missed eight of nine games, including the first four contests in the Thunder series.  His minutes were limited the first two game with 27 followed by 25, but he did get over 33 mins in Game seven and responded with 33.3 DK points.  If he gets back in a rhythm, we can start seeing the 50-point plus fantasy performances he spoiled us with before injury.

Robert Covington – It was a tough call here, but Covington beats out Eric Gordon and Kyle Kuzma because of his all-around numbers. He averages 30 minutes a game and scored 12.4 per-contest while also averaging over an assist, block and steal each time out.  He had a double-double in the Game 7 win over the Thunder with 21 points, and 10 rebounds, pus threw in three blocks, three steals, and two dimes in his 39 minutes of play.  That resulted in 53.0 DK points, which followed back-to-back 40.0-plus performances.

Anthony Davis – Has a left finger sprain and is listed as probable for Game 1.

Lebron James – King James has been playing through a sore right groin strain and is also listed as probable for Game 1 but I am guessing wild horses will not keep him off the court at this point.

Rajon Rondo – is listed as questionable for Friday’s Game 1, but Frank Vogel said he expects him to get some playing time.  He is coming off of thumb surgery and has not seen any action since March 10.  He was cleared to play in Round 1 but failed to find the court.

Luc Mbah a Moute – Arrived late to the bubble and has been dealing with a left knee effusion.  He is listed as a game-time-decision for Game 1.