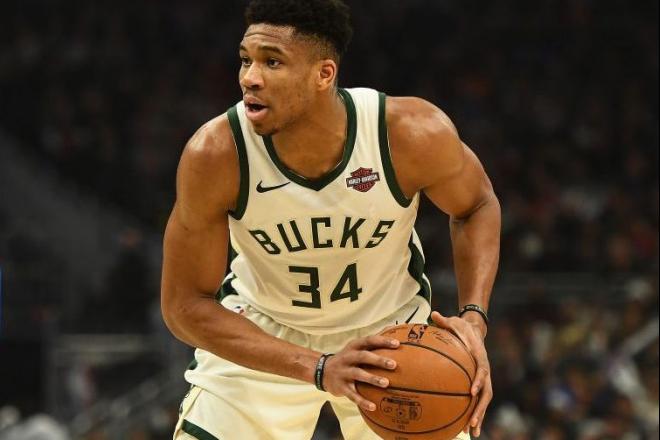 The defending NBA Champs continue their quest for a second straight Eastern Conference crown, but first they will have to get by a Boston Celtics team that has not advanced to the conference finals since 2017 when they lost to the Lebron James led Cavaliers in five games.  This will be the first time these two teams have ever squared off in the postseason.  Despite winning all four games in the regular season, the Celtics are a +115 underdog for the series in the FanDuel Sportsbook with the Raptors coming in at -142.  The reality is Toronto was just never at full strength in their meetings with Boston this season and I have to agree with the bookmakers here.  The Raptors take this one in six or seven.

Jason Tatum – We use the term, “stud” loosely here as the reality is, he is just simply the best player in this series by default.  That does not necessarily mean that he will always produce the highest fantasy output for each game, but the former Duke Blue Devil is nearly averaging a double-double with 27 ppg and 9.8 rebounds-per-contest.  He had three games in which he scored at last 50.0 Draft King fantasy points in the four-game sweep of Philly, including 60.8 in Game 4.

Jaylen Brown - Brown is one of those hit or miss players depending on his salary.  In Game 1 against the Sixers he netted 50.0 fantasy points on DraftKings, but only 25.8 in the last game of the series.  The good news is, he played 41 minutes in both Games 3 and 4 so you know he will be on the court and at least be given the opportunity to perform.

Kemba Walker – The guard really stepped it up in games 3 and 4 of the series vs. the 76ers, scoring 42 and 34 points to close things out.  If he can continue to stay hot with his stroke then not only could he be somebody you should consider each time out, but it could spell doom for the Raptors as well.

Pascal Siakam - The forward increased his fantasy output in each of his four games against the Nets, scoring 34.3, 35.5, 42.5, and 47.5 points on DraftKings.  He averaged 33 minutes per game and while we should not expect those Game 4 type performances every time out, keep an eye on his salary for a chance to get some valued production.

Kyle Lowry - Before spraining his ankle in in Game 4 of their first-round sweep of the Nets, Lowry was solid in his fantasy production.  His DK FP's were 37.3, 43.3. and 42.5 respectively in the first three contests of the series.  He is fairly consistent fantasy-wise so you should expect more of the same vs. the Celtics.

Gordon Haywood – Sprained his ankle in Game 1 vs. Philadelphia and while his original target date for return was late September, he is unlikely to return for this series.

Kyle Lowry - Lowry suffered a left ankle sprain in Game 4 against Brooklyn and sat out the rest of the game but according to the training staff, it should not affect his usage in the Toronto series.

After falling to the Raptors in six games in last season’s Eastern Conference Finals, Milwaukee is trying to make It back there and advance to their first NBA Finals since 1974 when they were led by the great Kareem Abdul-Jabbar and lost to the Celtics in seven games. Miami is in the postseason for the first time in two years and trying to reach the conference finals for the first time since 2014 when King James still called South Beach home.  The only previous postseason meeting between these two franchises occurred in 2013 when the Heat swept the Bucks in the first round.  Obviously, hearts will be heavy with the Bucks considering they were the first team to boycott the playoffs on Wednesday to show solidarity after the George Blake shooting in Wisconsin.  Even without extra motivation, they are the more talented team and I like Milwaukee in six games here. The Bucks are -385 favorites to win the series while Miami comes in as +290 dogs.

Giannis Antetokounmpo - The Greek Freak is currently the best player in the Eastern Conference, and perhaps the entire league.  Of the remaining Eastern Conference players, Antetokounmpo’s 29.5 ppg are by far the highest, over six points over his nearest competitor (Jason Tatum, 23.4 ppg).  His 13.6 boards-per-contest are also tops in the conference amongst remaining players.  His other stats are nothing to shake a stick at either and should just be considered a bonus when it comes to the best all-around player remaining.  Barring an outrageous salary, you want this guy in your lineup every time out.

Jimmy Butler – The forward is averaging 19.9 ppg, while pulling down 6.7 boards per outing and dishing out 6.0 assists per contest.  He is a well-rounded player, just like the Heat are a well-rounded team.  The problem from a DFS perspective is knowing who the hot hand will be night in and night out on such a balanced squad.

Goran Dragic – has re-emerged and looking like his old self as of late.  He was the team's leading scorer in the first-round sweep of the Pacers, with 22.8 ppg and added five apg to boot.  As long as his salary does not skyrocket, he should still be considered a value play and a safe bet in this series.

Kris Middleton – Middleton's fantasy production has gone up the last four consecutive games.  In game two vs. Orlando he scored 17.3 points on Draft Kings, followed by 38.0, 39.5, and a whopping 48.0 last time out.  He is definitely option B for the Bucks.

Bam Adebayo - The 23-year-old center was fairly consistent in the four-game sweep of the Pacers in the first round, scoring at least 43 DK fantasy points in each game save Game 2 when he only produced 25.3.  He will be facing a stiffer test this time around, but you can still expect decent production from the Kentucky alum.

Jimmy Butler – Butler has been nursing a shoulder injury, but participated in the team’s most recent full practice, so barring an unexpected setback, he should be fine.

George Hill - The Milwaukee point guard played last time out with a splint on two fingers of his left hand, but it did not seem to limit him, and he should be good-to go for the series.

It should also be noted that while neither player offers much fantasy value, both Gabe Vincent and KZ Okpala are each listed as Day-to-day for Miami.

Chuck Dowling is a University of Florida J-School alum that has been a print and radio journalist for over 20 years. He has been playing the odds for just as long, and other than winning money, he enjoys nothing more than a premium cigar and a T-bone steak.  You can find him on Twitter @ChuckDowling