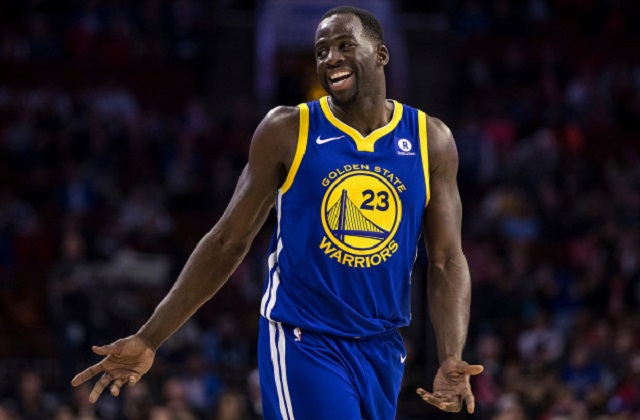 The NBA finals are shaping up to be a classic chess match.

Which is to say, when the Golden State Warriors and Toronto Raptors hit the court Thursday night at Scotiabank Arena, the respective coaches - Golden State's Steve Kerr and Toronto's Nick Nurse - will be kept busy deploying their various pieces to create favourable match-ups - and avoid bad ones.

Because these match-ups are so crucial, it follows that the team that executes best will emerge victorious.

Here are some scenarios to watch for.

1. Kawhi Leonard vs. Draymond Green. Look for the Warriors' best defender, Draymond Green, to be put on Leonard. Green's ability to shut down, or at least limit Kawhi to 20 points or less, could be the determining factor in whether Golden State wins their third straight NBA title, or not. Leonard - who's averaging a Jordanesque 31.2 points, 9 rebounds and 4 assists per game in the playoffs - will be tough to stop, to say the least.

2. Can the Raptors Contain the Warriors' 3-Point Shooting? With their great ball movement and unselfish team play, the Warriors are a defender's nightmare. The Raptors - like every team that plays Golden State - will be hard-pressed to prevent the likes of Steph Curry, Klay Thompson and Green from filling the basket from three-point land. If the Raps can't at least limit the Warriors here, ultimate victory is highly unlikely.

3. Likewise, can the Raptors continue to hit from outside? Over the final three games of the Eastern Conference final, Toronto guard Fred VanVleet went 14 of 17 from outside the arc - the highest shooting percentage in playoff history for a player with at least 15 attempts. He also averaged 16 points per game during the series. VanVleet, along with fellow guard Norman Powell, will have to continue to light it up for the Raps to have a chance to dethrone the Warriors

4. Will Toronto's Danny Green wake up? Of late, Green's performance from beyond the arc has been abysmal. If he can get his mojo back, he will give the Warriors another outside threat to think about, creating a coverage nightmare. Cover VanVleet, Powell or Green? Or allow Leonard or Kyle Lowry to take the open jumper? Choose your poison.

5. Points in the paint. Centre Marc Gasol, forward/centre Serge Ibaka and power forward Pascal Siakam could prove to be a handful in the paint. If Kevon Looney and DeMarcus Cousins can't keep the trio under a combined 30 points, that will spell trouble for the Warriors. Golden State will also have to contend with Raps' guard Kyle Lowry, who's been a master of penetration and creation throughout the playoffs.

6. Ratchet up that rebounding. With the Warriors raining down three-pointers, it's critically important that the Raptors win the battle for inevitable rebounds. Doing that will eliminate second-chance points for the Warriors and give Toronto the opportunity to score important transition points.

Both the Warriors and Raptors are well-balanced teams that can hurt opponents in multiple ways. The team that does the best job of consistently defusing the other team's weapons will be the one that's crowned world champion.