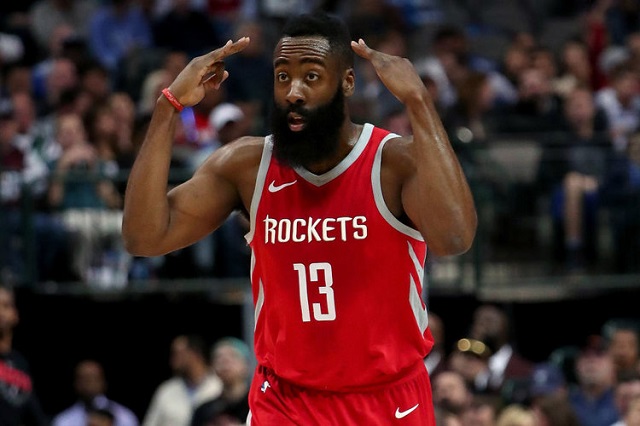 just a few days into the NBA season, and as of right now, all of your fantasy picks have the potential to turn into superstars!  But which players will really deliver on their potential during into the 2018-19 campaign? Who’s seen their fantasy values rise or fall?  Who should I be looking for in the draft? Or, if your draft is completed, who should I be trading for?

I’ve listed below the picks you’ve got to make early if you want to have any chance to move on to the Fantasy Playoffs.  Players taken in the first three rounds are the ones who’ll dominate your fantasy scoring totals! I’ve basically broken the list down into the best big men, and the best guards and small forwards.  To make your decision, look at the strengths and weaknesses of each player I’ve listed, and remember that it’s probably better to take someone too early than too late, because too late sometimes means you won’t get the player at all.  And, for the players I’ve listed, don’t expect any of them to be available after the drafting rounds that I’ve identified them to be taken in. Good luck to you all this season!

You can’t go wrong with any of these picks, if you have a draft pick in the top 6 and want to focus on multi-categories, you’re sitting on gold; these are all players that are giants with their versatility!  In fact, Harden can almost win your team free throws made and free throw percentage on his own. But all of these players get to the free throw line at least 6 times a game, except for LeBron. All of them get assists in bunches, with LeBron and Harden at the top of the list.  Curry and Harden are at the top of the list in three-pointers made, while Westbrook is the only one to average more than 10 rebounds a game, although LeBron is close at 8.6. And all of these players are excellent scorers!

I’d put Anthony Davis at the top of the list here because he’s the only one who shoots free throws at percentage and averages 6.6 makes a game.   Other bigs will be eating his dust - as he’s going #1 overall in lots of drafts! Yes, this list is shorter than the small ball player list, but any of these 4 picks will also take you to the fantasy gold mine!  All of these players get lots of rebounds, block shots, score with the best of them, and can pass surprisingly well for their size. And unlike the players who are guards, they don’t hurt you with turnovers, as none of them log more than a turnover a game.

All of these players are very consistently going in the Second Round, with Lillard and Leonard sometimes sneaking into the First.   If you went for a big in the First round, grab one of these ballers now, as you’ll probably never have a chance at them in the Third.  Although Butler and Wall sometimes do fall into the Third Round, I wouldn’t take a chance on that, because they’re the go-to guys on their teams.  Leonard carries a little risk of uncertainty because of his new team situation, but is still worth the risk, as there’s no doubt that he and the others will settle in and dominate fantasy over the course of a full season.

All of these bigs are major contributors across several categories.  Draymond Green gets you assists and steals like no others, but won’t put up the same big-time rebounding numbers, so if you’re focusing on rebounds and blocks, you’re better off with Drummond, Gobert, or Embiid.  Kevin Love is the best 3 point shooter in the group and still rebounds well. Aldridge will be leaned on heavily in San Antonio with the absence of Kawhi Leonard and the injury situation at point guard. And Capela seems to be a player who makes significant improvements every year.  But remember, depending on the size of your league, some of these players won’t even make it into the Second Round.

This is probably the last chance you’ll have to grab one of these elite ball handlers and shooters.  There’s a chance Ben Simmons won’t even make it to the Third Round, he’s just got so much to offer that his bad free throw and three-point shooting will be completely ignored.  If you haven’t grabbed any of these players before the fourth round, the odds are you won’t get them!

Cousins would probably be a first-round pick if he were healthy.  Whether you take him in the third round or not is largely dependent on whether you think you can make the fantasy playoffs without him for the first 4 to 5 months of the season.  The other players are all solid picks who, with the advent of small ball, can put you over the top in rebounds, blocks, and shooting percentage. And yes, Ayton is a rookie, but he was the No. 1 pick in the NBA Draft, was dominant in the Summer League and preseason games, and if he’s a quick learner, could be a beast by the end of the NBA regular season.

For the rest of the Rounds, you’ll have to make decisions based on who you took in the First Three rounds, what style of team you want, and whether you’re going for versatility or want to be specializing in certain categories and punting others. There are always sleepers who come out of nowhere and second- and third-year players who suddenly put it together during the course of the season.   If you’re a good enough fortune teller who can guess who these players are in advance, and you combine them with any of the players from the first Three Rounds, you’re on your way to the Fantasy Playoffs!