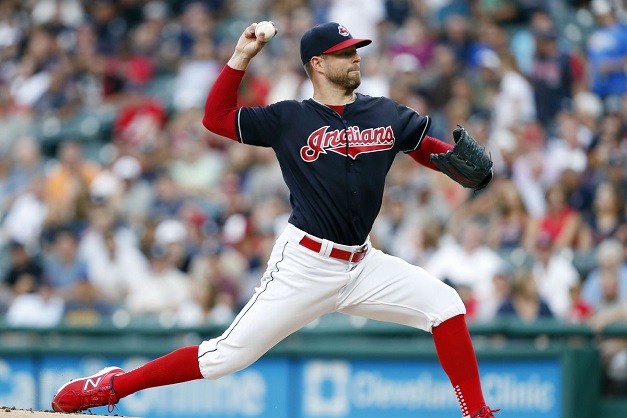 Corey Kluber is an early-second-round pick on average in fantasy baseball drafts, and that lofty position is totally warranted. Over the past four seasons, he has averaged 16 wins, 219 innings, 252 strikeouts, a 2.83 ERA and a 1.02 WHIP. He has finished among the top trio in Cy Young voting in three of those four years. In that other year, he was ninth.

Kluber is great. There is no doubt about that.

He just isn't his usual self during the early stages of a season.

2015: Kluber's cold streak extends to May 7 as he loses five of his first seven outings. He is striking out more than a batter per inning, but his ERA is an unsightly 5.04. Then he absolutely dominates, delivering a one-hit, 18-K shutout in his next start. Kluber would win only nine games in 2015, but his ERA over his final 25 starts was 3.10, his WHIP was 0.97, and he K'd more than 10 batters per nine.

2016: It wouldn't be until the start of June when Kluber really turned it on. There were some highlights during his first 10 starts, but he ended May with a 4.15 ERA. In 21 starts from June 5 on, Kluber tallied 14 wins, had a 2.61 ERA and once again upped his K rate by about a batter more per inning compared to his early-season stretch.

2017: It gets doubly tough for Kluber owners as he carries a 5.06 ERA into May and then misses about a month of time due to a back injury. And yet, his performance over the final four months of last season won him the Cy Young Award. Kluber recorded a 1.62 ERA from June 1 on and had a ridiculous WHIP (0.76) and K rate (12.1) through his last 23 starts.

I'm not sure how to end this article because there are obviously two ways to look at it. If you own Kluber, make sure you stick with him through the lean early days and don't let someone convince you to sell low after April or May.

If you don't own Kluber ... do whatever you can to convince his owner to sell low after April or May. The numbers will be there in the end.