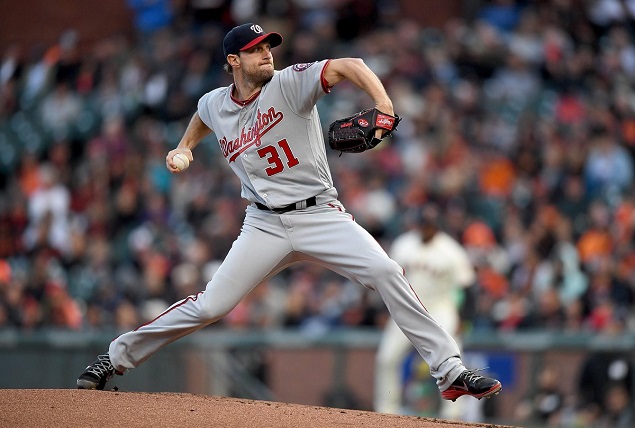 The robins are singing and flowers are starting to bloom. Yes, spring is here and baseball is right around that proverbial corner. For those of us playing fantasy baseball, the draft is the starting point of our road to the championship.

I love the way that Yahoo has set up their draft process: You enter a draft room that sorts all available players, both their projected and 2017 stats, and their current ADP ranks. You have everything at your fingertips. Players are listed by position and you can find them under every position at which they qualify. You can sort by ADP or any of the scoring stats. No matter what kind of player you want, you can find them in a split second.

As with everything you want to do well, you need to practice. Yahoo has a mock draft function that gives you an opportunity to test drive its draft apparatus and hone your drafting skills. Bear in mind that much of your competition will be learning on the fly. That gives you a big edge over probably half of the owners in your league. In a mock draft, you have only 30 seconds to make a pick once you are on the clock. You can choose to give your league a 2-minute clock for each draft pick, but with more 250 players drafted in a standard 12-team league, a 1-minute draft clock seems to be the way to go.

Over the past few weeks, I have been doing mock drafts. I have pretty much developed an overall strategy and gained a solid knowledge of the player pool and where they are being drafted. It is always good to have a plan and be ready and able to follow that course of action to achieve maximum success.

Here are the results of a mock draft I did recently where I drafted out of the eighth position. It was geared toward a standard, 12-team league with head-to-head, 5x5 category scoring. This draft was given an A grade and scored 94 out of 100 by Yahoo. That Yahoo-generated report card stated that this team was strong in the runs, home runs and WHIP categories while being relatively weak in RBI and batting average.

I take particular players at certain times for a reason. The availability of those players is highly dependent on your draft slot. It is critical to do mocks from a variety of draft slots, including No. 1 and the final pick. Look for types of players. Be careful not to get so locked on a player; be flexible for when your targets are drafted before you can take them.

Oh, one other little point: Do not use a cheat sheet! There is no time to check off players at so many positions in such little time. This is like a game of drafting survivor. You have to go with the tools Yahoo provides for you. Tick, tock.

Many people love baseball but avoid fantasy baseball. They prefer fantasy football because they perceive it to be easier. Actually, fantasy baseball is just as addicting as football. During the draft, Yahoo projects where your team would rank in your league. Under the standings tab in the draft room, a running rotisserie score is kept that ranks all of the teams. You can see how you are doing in all 10 scoring categories at a glance. If you find you have enough wins or saves to win those categories on a weekly basis, stop drafting pitchers. Try to construct the most balanced squad. Just make sure you practice because the draft is the foundation for your season.

Most leagues also have CI (corner infield) and MI (middle infield) positions. Plan to take solid players who play more than one position whenever possible. Players who excel in multiple scoring categories are extremely valuable. Dee Gordon might steal 60 bases, but his power numbers are weak. You gain in one place and lose out in two others. There are better ways to gain SBs: Draft a few players who have decent stats across the board and can also rack up 20+ SBs. Diversify your roster and strive for overall balance.

Some of my favorite picks include:

The point to recall is that there is an ever-changing player pool throughout the six-month season and you need to be flexible. Seek types of players; choosing specific names is not nearly as important as filling particular holes you have on your roster.

A mock draft takes about one hour of your time and is well worth it if you want to excel in your draft. If for some reason you cannot make it on draft day, you can also roll the dice with Yahoo’s auto-draft function and rely on the waiver wire to make roster adjustments later.

Over the years as fantasy football has grown, interest in the NFL has absolutely soared. We thrive on watching out-of-market football games, but I will bet that if you live in Atlanta, the odds of you watching a Seattle Mariners-Oakland Athletics baseball game are slim to none.  Unlike 50 years ago when baseball was our national pastime, football has caught and far surpassed it in popularity.

If you ever hankered to hit that home run in the bottom of the ninth inning of the seventh game of the World Series, give fantasy baseball a chance. See if it doesn’t rekindle your love for the grand old game. One thing is certain: Watching a week-long match against an opponent while making lineup and roster changes each and every day will grow on you.