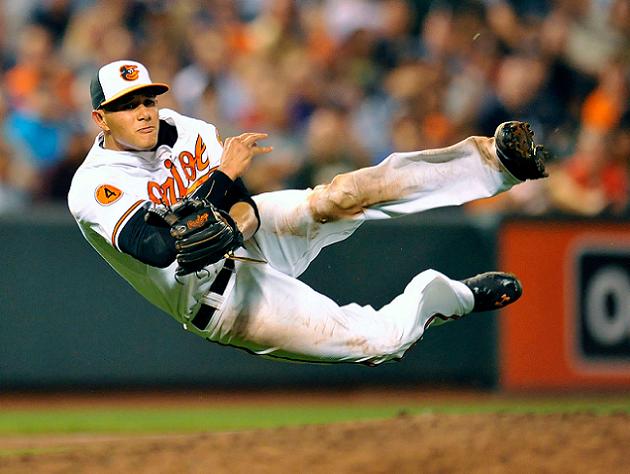 At a position where there are four legitimate first-round commodities, there is some debate over who is No. 1. Kris Bryant is right there, but I'll favor the Rockies' stud because, while both are massive run producers, he makes more contact and is a stronger bet for a high average.

Bryant has shown some basestealing ability. The possibility of double-digit steals with all of his power should make fantasy owners everywhere salivate.

Entering his sixth major league season, Machado won't turn 25 until July. He's already great and the best may be yet to come. Shortstop eligibility certainly helps. Like Bryant, it remains to be seen if he'll be a factor on the bases. Machado went from 20 steals to zero between 2015 and 2016.

Still a solid player, but I think Donaldson is clearly fourth in this elite quartet. His current calf injury doesn't bother me, but the departure of Edwin Encarnacion does. I think teams will find it easier to pitch around him.

You know what you're going to get from Corey's older brother: 25-30 homers, 85-90 runs, perhaps 100 RBIs, a .270 batting average and a few steals. Consistency is not a bad thing, especially when the numbers are stellar across the board. Seager also hasn't missed more than four games in any of the previous four seasons.

Although he turns 38 next month, Beltre is still an All-Star-level player. His power surge (32 homers last year) probably won't be replicated, but he will always provide a high batting average and plenty of RBIs.

I'm putting Carpenter here even though it looks like he will be St. Louis' first baseman this season. Like Seager, he is solid if not spectacular. However, he is a notch below the Mariners' third basemen in the run production department.

Longo had a tremendous -- and slightly surprising -- 2016, clubbing a career-high 36 HRs. If he continues to hit more balls in the air (his flyball rate took a six-point jump last year), perhaps he can repeat. But I think a measure of regression is more likely.