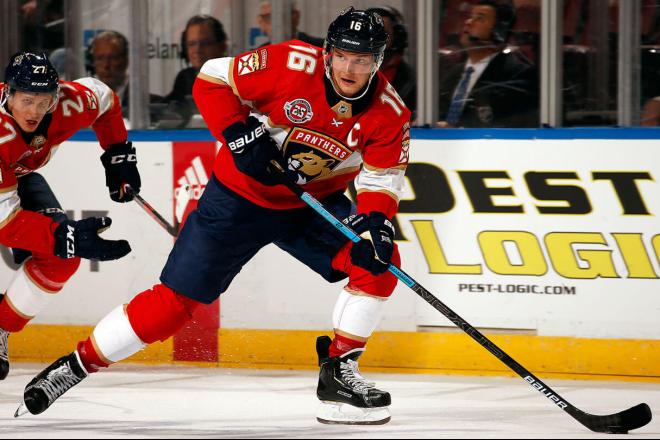 Hello out there were on the air its HOCKEY NIGHT TONIGHT.  Yes NHL fans it is that time of the year.  I am glad to be back looking at not only the white ice but all fans back in the stands across the teams.  First off I hope all our readers are safe and taking care during these hard times.

Let's get right into the thick of things with some key notes to help you draft your team whether is it a full Dynasty league or a year long fantasy league.  There have been a lot of movements over the summer to go along with the draft and expansion draft.

I am going to give you top players to ensure you are looking at for each position then I will provide you with some stay away advice for players that are risk investments as you move into your draft, based on my 5-star rating with 5-star being the highest rank and 1 being the lowest.

Darcy Kuemper of the Colorado Avalanche is a 5-star rating everyday of the week.  I have Darcy inline for 35 plus wins and an G.A.A in the range of 2.3 to 2.5

Connor Hellebuyck of the Winnipeg Jets.  This is a strong 4-star rating.  I have Connor posting a G.A.A in the range of 2.5 to 2.7 and posting 30 plus wins.

I recommend you stay away from Carey Price, as he is not with the team for personal reasons. If you need to look at a goalie out of Montreal then Jake Allen is your man.  Jake is a 2 to 3 star player while Carey is a solid 4-star.

Please stay away from Jack Campbell and Freddie Anderson as both goalies are starting the season sharing the nets with their counterparts Petr Mrazek and Antti Raanta.  Keep an eye on these goalies as you get deeper into your draft as they could be nice sleeper picks later on.  Both are a 3 to 4 star rating.

Let's be honest, there are a handful of 5-star+ players out there, and I am not going to comment on them, but am focusing on some players that you should target in round 2 to 5.

Aleksander Barkov of the Florida Panthers: Barkov is a solid 4-star player that will see 20+ minutes of ice time and all powerplay time.  I see 30+ goals and 50+ assists this year.

Mitchell Marner of the Toronto Maple Leafs: Marner is a solid 4.5-star player.  I have him in line for 15 goals and 60+ assists this year.

Gabriel Landeskog of the Colorado Avalanche.  Landeskog is a 4-star player in my books and I see 25 goals and 30+ assists.

Kirill Kaprizov of the Minnesota Wild.  This is a player that is not well-known but worth a look.  I foresee a big year for Kirill with 30 goals and 40 assists.

Here are a few players to stay away from.

Evgeni Malkin of the Pittsburgh Penguins:  Normally a higher-end player and round 2 to 5 pick.  Evgeni is on IR right now, so a look during the season once he returns could be a waiver steal.

Phil Kessel of the Arizona Coyotes:  Kessel would have been a mid-round pick, but he has asked to be traded and has worn out his welcome once again. So, he is not worth the risk.

Jack Eichel of the Buffalo Sabers:  Normally a high 4 to 5 star rated player, but Eichel doesn't want to play for Buffalo coupled with injuries, makes him a risky investment early in your draft.  I would take a risk in the 8 to 12 round area if he is available and stash him on my bench/IR for the start of the season.

Cale Maker of the Colorado Avalanche:  Maker is a top 5-star player with high end potential.  He is the next star at his position and is headed for a career year.  I see Cale with 15 to 25 goals and 45 to 55 assists, which is going to land him with high consideration for the Norris trophy.

Roman Josi of the Nashville Predators:  Roman is hands down the number 1 D on his team and will lead in ice time and points from the blueline.  I project him to hit 10 to 15 goals and 45 to 50 assists and is a 5-star player.

Quinn Hughes of the Vancouver Canucks: Hughes is a high 3 to 4 star player.  Quinn will not score 15 goals but he will assist on 60 this year.

Jakob Chychrun of the Arizona Coyotes:  I give Chychrun a 4-star rating and he is one of my sleeper picks as I love his game.  I see 15 to 25 goals and 30 to 40 assists this year.

Darnell Nurse of the Edmonton Oilers:  Nurse is another 4-star player with max potential.  Playing with Connor McDavid and a top 5 powerplay unit makes him a good mid-round selection.  I project him at 15 to 20 goals and 30 to 40 assists this year.

Here are a couple of players I would stay away from unless the value is there in the later rounds (5th to 12th).  Brent Burns and Erik Karlsson of the San Jose Sharks.  Both players at one point were 1st round picks, but now are playing for a middle-of-the-pack team and age has caught up with them. I would not look at either of these players until the value is too good to pass up.  They are mid-round picks at best.

In closing enjoy your draft and keep an open mind to players with upside and the teams they are playing on.  Later round value will go along way with your Dynasty teams as these players will be good this year but superstars for years to come.  Building a strong core is the first goal in your draft, and then adding throughout the draft and even the waiver wire is key to success.

Please watch for my weekly articles where I can help you build your team.