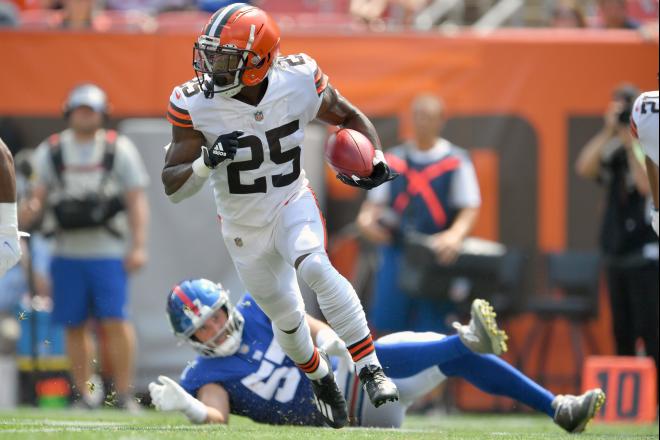 The 5,'9" rookie out of UCLA showed what he could do last week when snagged a short pass from QB Baker Mayfield and weaved his way to an electric 33-yard TD.

Moving forward, Felton is expected to get reps at slot with WR Jarvis Landry on IR with a knee injury.

Despite playing behind a mediocre offensive line, the 6', 2", 230-pound Harris has looked good in the Steelers' first two games.

In week two, he put up solid numbers, rushing for 38 yards on 10 carries and collecting another 43 receiving yards on five catches, good for 81 total yards.

Elusive, strong and sure-handed, the former Alabama standout figures to deliver the same - or even better - numbers as the season progresses.

Moreover, he has two TD's on a total of 7 catches.

His reliability is making him one of QB Jared Goff's favorite targets, and, with WR Tyrell Williams out with a concussion, he figures to be targeted more in coming games.

Suffice it to say the former Green Bay Packer is hungry to show what he can do with the Lions.

Right now, he's the next option behind D'Andre Swift. Williams will continue to get reps, and will get even more if the fragile Swift gets injured.

All Pringle does is produce when he gets the chance to play.

A prime example is Week 2, where he recorded two catches for 63 yards and a TD against the Ravens.