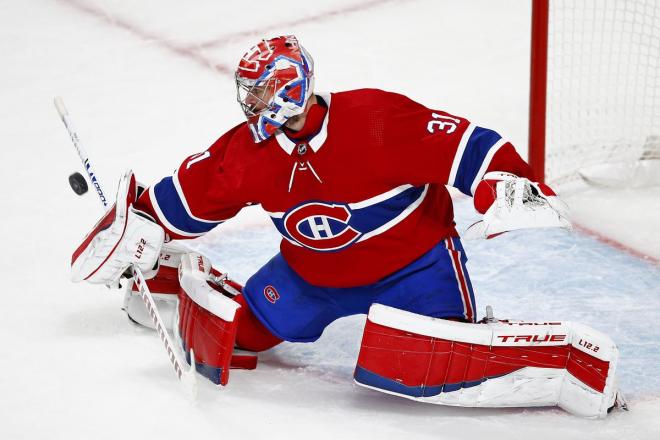 The result was predictable.

Tampa Bay had momentum on their side after dispatching the New York Islanders in seven games, while the Canadiens were licking their wounds after taking out the Vegas Golden Knights in six games to reach the final.

Expect the story to be different Wednesday night after an uncharacteristically sloppy effort by Montreal in game one.

You name it, turnovers, lack of attention to key details and - shudder - mediocre goaltending by Carey Price all played a part in the Canadiens getting drubbed by an opportunistic Lightning squad that's deep from top to bottom.

Game two should be much more competitive for a few reasons.

First, expect Philip Danault's line to do a better job of shutting down Braden Point's high-scoring line. Second, the Habs' defense and forwards will be on point knowing they can't turn the puck over in the neutral zone and not pay for it. After all, this is the Lightning, a team full of snipers including Point, Kucherov, Stamkos, Palat, Killorn, Cirelli and more.

And third, figure on Montreal's Carey Price to be himself again, which means he will be back to his larcenous ways in net. Not to be forgotten is Tampa's goalie, Andrei Vasilevskiy, who will also frustrate Montreal sharpshooters.

Also look for the Canadiens' young guns - Nick Suzuki, Cole Caufield, Jesperi Kotkaniemi and Artturi Lehkonen - to re-assert themselves and provide production at key times. The old guys - Eric Staal and Corey Perry - will also be a factor as well, not to mention two players that fall in between: wingers Brendan Gallagher and Josh Anderson.

Finally, there's the Habs' defense, principally Shea Weber, Ben Chariot, Joel Edmundson and Jeff Petry. They will be in a nasty mood after being lit up Monday night. That being the case, expect them to give the Lightning's stars a much rougher ride, especially in front of the net.

The upshot of all this?

Expect the games from here on in to be much tighter, low-scoring affairs. Much like they had to do against the defensive-minded Islanders, Tampa will have to fight their way through the Habs' tight defense to earn every inch and score.

At the same time, look for Montreal to be opportunistic on offense. And if they do get the lead, then it will be that much harder for the Lightning to come back and win the game.

The series isn't over - not by a long shot.