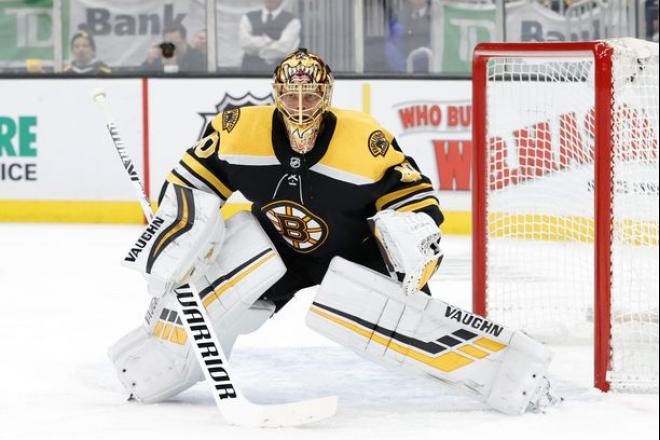 NHL Playoffs - Which Teams Will Advance?

After a fast and furious regular season, 16 teams have qualified for the 2021 NHL playoffs.

Here's a quick look at which teams should advance to the second round to continue vying for the Stanley Cup.

This will be a tougher series than it looks on paper, as the Penguins enter it on a roll.

Ultimately, this series will be a classic match-up between offense and defense. The Pens can score, but the Islanders can play a stifling brand of defense that shuts down offensively gifted teams.

Take the Sidney Crosby-led Penguins in seven games in what figures to be one tough grinder of a series.

Of all the playoff series, this one could well be the most physical - and entertaining.

Both teams are veteran-laden squads that know how to win in the playoffs; the Caps won the Stanley Cup in 2018 and the Bruins lost to Tampa Bay in 2019.

Goaltending will be the difference in this heavyweight tilt, with battle-tested Tuukka Rask outdueling either Ilya Samsonov or Vitek Vanecek, neither of whom has any playoff experience.

Over the course of the season, the Leafs clearly established themselves as the best team in Canada.

The addition of gritty forward at the trade deadline further strengthened a team that had gotten better with off-season additions such as power forward Wayne Simmonds, veteran C Joe Thornton and D T.J. Brodie.

Add in the fact that several of the Habs' best players - G Carey Price and F Brendan Gallagher to name two - are coming off injuries, and this figures to be a short series. Leafs in five.

Two statistics stand out here: the Oilers went 7-2 vs. the Jets this season, and the Jets enter the playoffs on the heels of a seven game losing streak.

During the regular season, Oilers' stars Connor McDavid and Leon Draisaitl proved too much to handle for the Jets, who were also shut down offensively by Edmonton for the most part.

It will be the same story in the post-season. Edmonton takes the series in five games.

The Predators enter this series with momentum, as they played well down the stretch to earn a playoff berth.

That said, the Hurricanes are a team that's big, strong and fast. Their offensive depth is greater than Nashville's, something that will be the deciding factor against the offensively challenged Preds.

Without question - outside of the Minnesota Wild - the Panthers were the surprise of the 2021 NHL campaign.

Despite mediocre goaltending from star G Sergei Bobrovsky - the less-heralded Chris Driedger was far better in net - the Panthers had a well-balanced offensive attack led by Jonathan Huberbeau and Sasha Barkov.

Still, that won't be enough. The Lightning are the Stanley Cup champs and they have Andrei Vasilevskiy in net. Bolts in six.

This series is will clearly be a battle between offense and defense - or will it?

The brawny Blues actually struggled defensively for most of the season with one of the highest goals against averages (GAA) in the NHL. However, they played well late to get into the playoffs.

All that will be for naught. The Avalanche, led by C Nathan MacKinnon, will ultimately have too much speed and skill for the gritty Blues. Avs in five.

Balance. The Golden Knights have it, while the young wild have promise.

Vegas is far better offensively and defensively than the upstart Wild. Expect the boys in gold, grey and black to advance in four games behind strong offense and solid goaltending.