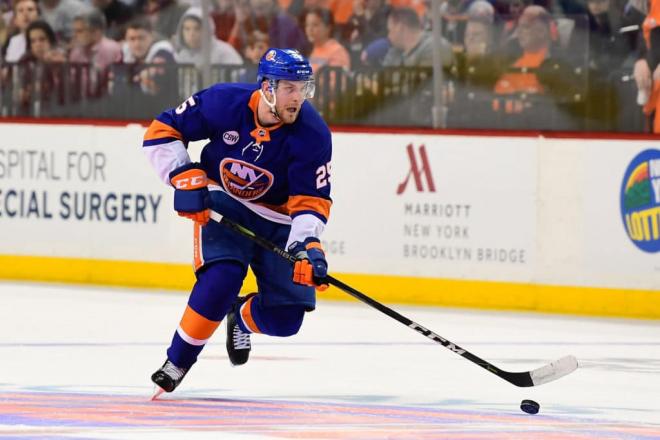 Good Saturday NHL fans, this week I am going to provide some details on how you can crush your daily leagues by selecting the best defenseman.

Here's a look at a few key factors to consider when selecting defenseman for your daily lineups.  Forwards do most of the scoring scoring in the sport of hockey, but defenseman can add value when choosing them correctly for daily fantasy.  Choosing wisely is a balance of cost and reward.

Tonight I usually have 5 to 10 daily fantasy lineups on FanDuel to keep me entertained and watching to the wee hours of the night.  All players' costs are based on FanDuel, my preferred site.

Do some quick research to see how your pick will contribute to the points you need to compete, contend and cash-in in your leagues.  With the top players comes top salaries, but should you purchase a high-end D man at a cost where you can get a high-end forward?  Spending $6000 to $7000 on a high-end defenseman is risky at best, although they may average the same FPPG as a forward it might not be the wisest way to use your budget.  For example, on Saturday's evening card there are 10 games, creating a lot of choices and adding to the challenge of spending your budget the best way possible.

I am looking at these two players for one of my nightly plays which I believe make a good combination for cost and risk.

Devon Toews of the Colorado Avalanche, averaging 13.8 FPPG at a cost of $4800, is a solid pick at the right price.  The pairing Devon with Alec Martinez of the Vegas Golden Knights is a risk, but allows me to spend less on Defenseman and more on forwards.  Alex is averaging 12.5 FPPG and, at a cost of $4100, is great value.

Scoring
We all want the player we pick to have two goals, two assists, and four blocked shots, which would be a highlight night for any player, not just a defenseman.  But is this realistic?  If you pick your team looking for only high scoring players with a high FPPG, then once you pick your first four to five players you will realize quickly that your budget has nothing left for the other players, so what do you do?  Again if you are going to spend high for one defenseman then you will need to give up something elsewhere.

Drew Doughty of the Los Angeles Kings provides a nice combination of scoring and cost-control.  With an average of 13.2 FPPG and a cost of $6000, Drew is a perfect combination with Jakob Chychrun of the Arizona Coyotes.  Jakob is averaging 13.8 FPPG and his cost is a value at $4500. So putting these two players together at a total cost of $10,500 looks to be a solid spend for two defenseman.

Filling the Defenseman Positions
Most people pick all their forwards then see what budget is left to pick the last two defenseman.  Is this the smart way?  Who am I to say, as the saying goes, "Any player can have a career night on any given night."
With that said, with your budget, and what is left here are a few things to look at when selecting.
Ask yourself, "Am I picking a player at a low cost?" If the answer is yes, then see what line he is playing on and how many minutes per game he is getting. There will be only a handful of players that you can look at, so make sure you review this.  Look at who he plays with - does his partner get points?  Does your player get power play time versus someone who does not?
Here are a few other value picks I see based on FanDuel costs:
Jonas Brodin of the Minnesota Wild with cost of $3800 and averaging 11.1 FPPG

Mikhail Sergachev of the Tampa Bay Lightning with a cost of $4800, averaging 11 FPPG, and playing on the top Defense pairing
Enjoy your weekend and all the games on Saturday.