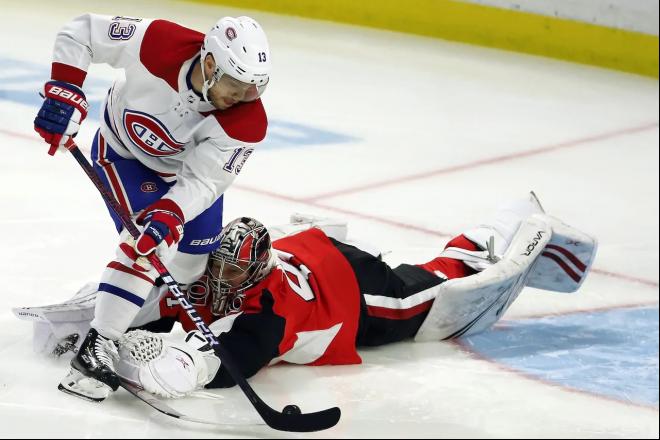 NHL Season To Date: The Good, The Bad & The Ugly

It would be an understatement to say that the rebuilding, undermanned Blackhawks have been a major surprise in the early going. After all, they're without their captain, Jonathan Toews, and Brent Seabrook, one of their most reliable defensemen. Longtime goalie Corey Crawford is gone, as is F Brandon Saad.

And with the ageless Duncan Keith continuing to anchor the defense, Chicago is sitting in third place in the Central Division - not bad for a team in supposed rebuild mode.

The Panthers were considered underachievers last year, and for good reason. With a talent-laden line-up that included goaltender Sergei Bobrovski, forwards Jonathan Huberdeau and Alexander Barkov and elite defenseman Keith Yandle, Florida missed the playoffs in 2019-20.

Consequently, this is a make-or-break season for the Panthers. Thus far, everyone has responded, with Bobrovski looking more like his old self and everyone playing well. Ten games into the new season, Florida is 7-1-2, leaving them trailing only the red-hot Tampa Bay Lightning in the Central Division. Question is, can they keep it up for another 40-plus games?

Montreal was one of the most active teams during the off-season, signing several players to fill big holes in their roster. They acquired goalie Jake Allen from St. Louis and power forward Josh Anderson from Columbus. They then signed free agents D Joel Edmundson and W Tyler Toffoli.

Turns out, GM Marc Bergevin got the mix just right, adding some young talent in the process. In 12 games, the Habs have posted a record of 8-2-2, and are the NHL's highest-scoring team.

It wasn't supposed to be like this. With a record of 5-8-0, the Preds are second from the bottom in the Central Division.

Goaltending has been an issue, last year's prize free agent signing, Matt Duchene, has been struggling and only F Filip Forsberg has been consistently productive on the offensive front. He'll have to start getting help from fellow forwards Viktor Arvidsson, Calle Jarnkrok and Ryan Johansen. If he doesn't, the low-scoring Preds could find themselves on the outside looking in come playoff time.

Hopes were high in the Big Apple prior to the beginning of the season. First-overall 2020 draft choice Alexis Lafreniere made the team, joining last year's first-rounder, Kaapo Kakko in the line-up along with other well-regarded young talent and a good mix of veterans.

Problem is, the young talent - which includes goaltenders Alexander Georgiev and Igor Shesterkin, who are trying to get Rangers' fans to forget Henrik Lundqvist - haven't quite arrived, while the veterans (D Jacob Trouba, F Artemi Panarin) aren't doing a very good job of showing them the way.

As a result, the Rangers are sitting at the bottom of the East Division with a mediocre 4-5-2 record. Ouch.

The young Canucks were the surprise of the 2019-20 playoffs, nearly beating the Las Vegas in the second round to advance to the Pacific Conference final.

Well that was then, this is now. Vancouver lost three key players - G Jacob Markstrom, D Chris Tanev and F Tyler Toffoli - to free agency in the off-season.

While their replacements - G Braden Holtby, D Nate Schmidt and promising young winger Nils Hoglander have been good - it appears that team chemistry was altered in a bad way. Holtby and prospect Thatcher Demko have been pelted by pucks behind a mistake-prone defense, while young guns - D Quinn Hughes and C Elias Pettersson have struggled mightily.

With a record of 6-10-0, the Canucks have lost five straight and are second last in the North Division. So much for last year.

Optimism was flowing in Ottawa prior to the opening of the regular season, and for good reason.

A productive off-season had seen the Sens get winger Tim Stutzle, a scoring phenom from Germany, third overall in the 2020 NHL Entry Draft, and they brought G Matt Murray - a two-time Stanley Cup champion in Pittsburgh - in to stabilize their goaltending. Well, Murray has struggled and Stutzle has been injured (though he's now back).

While Ottawa is starting to play better, a 2-11-1 record is far below where management thought they'd be at this point in the season. So, the rebuild continues. Sorry, Sens fans.