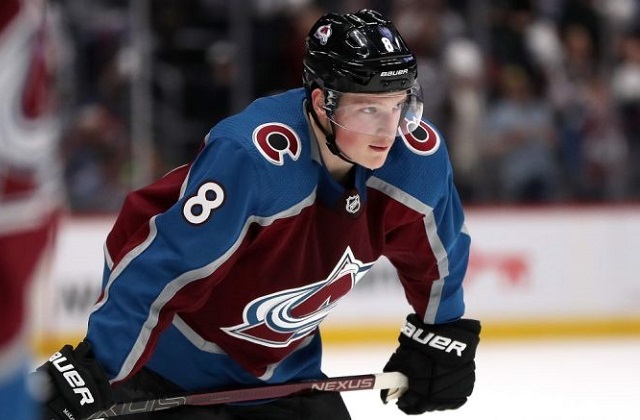 It's a rite that's as predictable as leaves turning gold and as temperatures plummet in the Fall: a new crop of rookies making NHL rosters right out of training camp.

As is always the case, some rookies will stick with the big club, while others will be sent down to the AHL to work on their game - or be sent back to their junior team to continue developing.

The list below represents the rookies who stand the best chance of staying with their NHL team - and putting up solid point totals that will help their team dominate in the standings and help your Fantasy roster dominate all others!

The right-handed Makar joined the Avalanche late last season, and was an immediate fit on an offensively talented team. In fact, he was so impressive that he was part of Colorado's exciting playoff run.

With Tyson Barrie gone to Toronto, Makar is primed to be the kingpin on the Avalanche defense. He will play over 20 minutes a game and get tons of time on the Avs' number one power play unit. Barring injury, he should put up 40 points or better

His vision, exceptional passing skills and incredible hockey sense will be on display on a New Jersey team that's on the rise.

Kakko gave everyone a preview of his potential at the recent World Hockey Championships. Only 18, he possessed the strength, speed and savvy to dominate world-class players in their twenties and thirties. Kakko is one mature 18-year-old.

Those skills should translate well to the NHL. Expect the 6' 3", 199 pound Finnish product - he was chosen second overall behind Hughes in this summer's NHL Entry Draft - to make a quick transition to the NHL and rack up at least 30 points, possibly more.

Like his brother, Quinn is seen as being undersized at an identical 5' 10", 170 pounds.

And like his brother, he's smart, makes quick, intelligent decisions with the puck and is an excellent skater. A few late-season starts with the Canucks showed he has the potential to be a top offensive defenseman. He should get the ice time needed to start delivering on that projection, and put up north of 20 points on a young, exciting Vancouver squad.

The Leafs expected that Sandin would be a big part of their defense, just not this soon.

Turns out, he had other plans. The 5' 11", 183 pound native of Uppsala, Sweden so impressed the Leafs' coaching staff with his steady play that he earned a position as one of Toronto's six starting blueliners. He will likely slot into the third defensive pairing.

His great feel for the game and excellent mobility should give him a chance to stick for the entire season. If he does, expect 15 to 20 points out of the former World Junior standout.

In his last three seasons in the Ontario Hockey League (OHL), the deceptively big Suzuki - he checks in at 5' 11", 201 pounds - averaged over 90 points per season.

Now 20, he made the Canadiens on the strength of a well-rounded game that saw him excel at both ends of the ice. When called upon, he can score and set up goals - or be depended upon to perform well defensively. He'll get plenty of ice time, which should translate into 35 points, perhaps more.

The 6', 187 pound product of St. Martin D'heres, France impressed Jackets' head coach John Tortorella so much in his two-game audition at the end of last season that he was kept on the roster for Columbus' deep post-season run.

With star centre Matt Duchene lost via free agency, Texier will have a chance to put his grit - and considerable skill - on display this season. Look for the 20-year-old Frenchman to put up at least 30 points.

Glass' offensive skill is undeniable, as he recorded 265 points over three seasons with the WHL's Portland Winterhawks.

If the 20-year-old Winnipeg native gets the ice time - and that's no guarantee on a squad loaded all kinds of talent up front - the 6' 2", 178 pound centre could get 30 to 40 points. In any event, he is a definite offensive building block who will only get better over time, and as he matures.

Any of these players would be a great supplemental pick to increase your Fantasy line-up's offensive output.