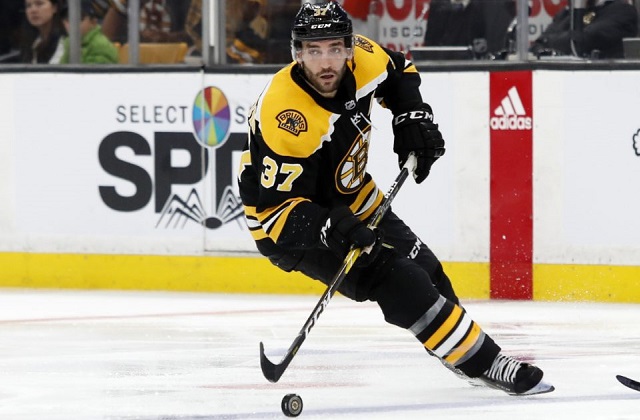 At long last, the Stanley Cup Final is about to begin after a long layoff for both combatants.

Of the two teams involved in the final, the Bruins have been off for a total of 10 days. That could mean it might take Boston a bit of time to get back up to playoff speed, something that could work in the Blues' favor. If the Blues were to steal a game, this is their opportunity.

Why? Well, Tuukka Rask - he of the 1.84 goals against average (GAA) and .942 save percentage - has had 10-plus days to cool off. That long layoff also means that Boston's red-hot power play may also need a bit of time to find its legs.

And after about a week off, the Blues could also be slow coming out of the starting blocks. That said, the two teams are virtually mirror images of each other, having ridden stellar goaltending, solid defense, opportunistic scoring and sound special teams to the Stanley Cup Final.

Let's take a look at the two squads to see how they match-up on paper.

To this point, Rask has made a strong case for playoff MVP with his otherworldly goaltending. Not only is his GAA below two per game and save percentage above the .940 mark, but he's made key saves time after time. If not for his timely stops, the Bruins would not have swept past Carolina in four and dispatched their first and second round opponents so efficiently.

Likewise, the Blues might be crying the blues without Jordan Binnington. The Rookie of the Year nominee not only got the Blues into the playoffs, but has excelled in the post season with a 2.36 GAA and .914 save percentage. He has carried the Blues into the Final on the strength of his resiliency and ability to make the Big Save at the right time.

Verdict: Boston by a whisker on the strength of Rask's consistency.

Both clubs have underrated defense corps.

Verdict: Boston, by dint of their group's superior mobility. Krug, Grzelcyk and McAvoy are great puck movers and possess the ability to join the rush to create odd-man rushes. A goal here and there from a defenseman can make the difference in a close game - and the games figure to be close.

As good as the Blues' forward group has been collectively, they don't have a line that can compare to the Bruins' top trio of Marchand, Bergeron and Pastrnak.

Add to that the fact the '19 Bruins have a point in the playoffs - trade deadline acquisitions Charlie Coyle and Marcus Johansson have been key contributors - and the Blues will be hard-pressed to match the Bruins, even though their forward group included Vlad Tarasenko, Ryan O'Reilly, Jaden Schwartz and a good cross-section of talented, gritty contributors.

Verdict: Boston. If the B's forwards continue to contribute across the board, even Binnington won't be able to hold them off.

Power Play: Boston's power play has been lethal throughout the playoffs. They've made their opponents pay when they've taken a penalty - in a big way. Meanwhile, the Blues have been hot and cold with the man advantage.

Verdict: The Bruins by a country mile.

Boston has been average in this department, while St. Louis has been solid.

Verdict: Blues, due to their consistency - and willingness to sacrifice their bodies (block shots) while shorthanded.

The Blues have been the underdogs since early January, when they were in last place in the NHL's overall standings. They're a tight, gritty bunch that somehow find a way to get it done. Boston should prevail, though, based on their superior stats. In the end, stats just don't lie.

However, it will likely take six games for the B's to dispose of the Blues. That's because they're facing a near mirror-image of themselves. The Stanley Cup Final figures to be an intense, hard-hitting affair with little to choose between the two teams.