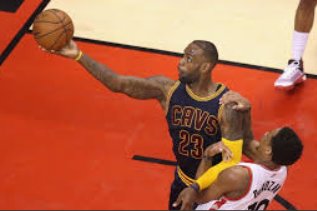 Each night of the NBA season there are different options based on the number of games available and the expected players available. Here we look at some safer plays (“Free Throw” and “2 pt” Player) as well as some riskier plays (“3 pt” and “Half Court” players) as well as throwing in a speculative player based on pricing (“Full Court Prayer” under $4,000 Draftkings). "Read More"

Check in each Tuesday and Thursday to see who is recommended for inclusion and over the course of the season we will review the hits and misses!

LeBron James (SF/PF – CLE - $10,300 Draftkings) – he is the most expensive player, but also yielding the most Fantasy Point Per Game (“FPPG”) of available players. With Cleveland at home against Toronto it’s a great opportunity for LeBron to post big numbers. He probably won’t be the difference in a tournament league, however he is a solid play in all other formats.

Andrew Wiggins (SF – MIN - $7,000 Draftkings) – In an expected high scoring game Wiggins represents good value at $7,000 after scoring a career high 47 points on Sunday night. He seems to be the go to player for the Wolves offense and should be in line for a solid return on Tuesday night.

Kyle Lowry (PG – TOR - $7,600 Draftkings) – his salary on Draftkings is about $2,200 cheaper than DeRozan and therefore offers good value for both tournament and cash lineups.  With the pace of play these two teams play there should be plenty of shots to share and Lowry may the beneficiary in terms of scoring if the Cleveland defense focuses on DeRozan, or through assists depending on the defensive approach adopted.

Julius Randle (PF – LAL - $6,600 Draftkings) – he has been a solid rebounder so far this year ranking mid-20s and has also averaged almost 14 Points per Game (“PPG”) and 8 Rebounds (“REB”) and 3 Assists “AST”) this year, he represents a player that is around mid-priced value and should return a decent FPPG output against Brooklyn at home on Tuesday night.

Frank Kaminsky (C – CHA - $3,800 Draftkings) – he has come off the bench in all 7 games this year, however still has averaged almost 23 mins per game including almost 10 PTS; 4 REB and 2 AST; Kaminsky is a cheap option that could yield solid returns after coming back from illness last week. Minnesota are giving up the 13th most points per game while Charlotte offense is scoring the 16th most points per game.