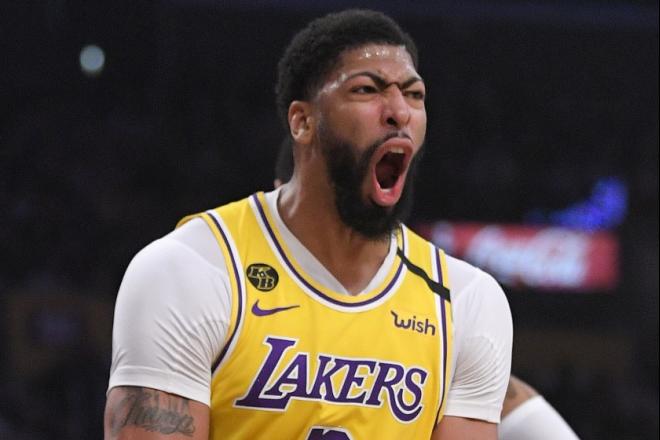 A DFS Look at the NBA Western Conference Finals So Far

Coming into the series, the Denver Nuggets had shown they simply have no quit in them.  Down 3-1 in both previous series in the postseason, Denver mustered everything they had and came back to win each one 4-3. In their third trip to the NBA Western Conference Finals with 1985 and 2009 being the other two, they are facing the same team that that ended both of those runs. The Lakers history speaks for itself.  The franchise has 16 NBA Championships and 31 conference crowns, but none of either since 2010. This is the eighth time the teams have met in the playoffs with the Nuggets still seeking their first series victory over Los Angeles. Ironically after the Clippers were -950 against Denver, while the top-seeded Lakers come in at just -287 with the Nuggets at +250.  Vegas seems to have learned their lesson when it comes the comeback kids, but history is on LA’s side. The Lakers survived Game 2 to go up 2-0, but if the series gets to 3-1 . . . watch out!

Anthony Davis – The Kentucky Alum has scored 30-plus points in each game this series and has already hit game-winning shot.  His versatility combined with his size always makes him a dangerous matchup for anybody, but it also makes him a pivotal key to a Lakers series victory here.  He showed it in Game 1 a 37-point, 10-rebound performance that netted him 54.0 DraftKings Fantasy Points, but he followed that up with 51.8 in the 2H.  On the FanDuel side of things, he has similar numbers with 52.0 and 58.0 in the two games.  Perhaps the most impressive thing about his fantasy production is the fact that he has yet to play 40 minutes of a game so far.

Nikola Jokic – The "Joker" scored 30 points in the Game 2 loss and was an assist away from his second double-double of the series.  He scored his team’s final 11 points.  He even gave his squad the lead with 20 seconds remaining after backing down Anthony Davis and hitting a jump-hook, but it was Davis who would laugh last, hitting the game winning 3-pointer as time expired.  The two create nightmare matchup problems for the other with Jokic not wanting to chase Davis around the perimeter, and Davis not wanting to deal with Yokic down low.  Because of this, Jokic often has to deal with either future Hall-of-Famer Dwight Howard or Javale McGee down low.  After scoring just 31.5 DK FP in Game 1, he registered 58.5 in Game 2.  He doubled his Game 1 performance of 30.2 on FD with 60.7 last time out.

LeBron James – It was announced that King James has finished second in the MVP voting the day of Game 2 of the series, and according to him, the voting “pissed me off.”  Perhaps it was that anger that motivated him to his second straight double-double of the series, scoring 26 points and notching 11 rebounds in 36 minutes of action.  That was actually five minutes more than he played in Game 1 as he continues to nurse a groin injury.  Despite being listed as questionable every game, there is little doubt that while seeking his fourth title with three different teams, King James will play.  He is averaging nearly 45.0 FP on DK and 41.0 exactly on FD.

Jamal Murray – The fourth-year guard has cemented his spot as the second option for Denver.  It certainly helps when the top option is a big man who has a knack for assists.  When they dish to Jokic down low, it draws so much attention from the opposing team, that he is often able to feed it back outside for a wide open 3-point-shot.  The shot from behind the arc, however, is not Murray’s specialty.  One of many former Kentucky Wildcats featured in this series (Davis and Rondo being the others), Murray can penetrate and create shots.  He is averaging 23.0 points for the series and took 19 shots on Sunday, good enough to produce 45.0 DK points after is 29.8 DK FP in Game 1.  He had similar stats on rival site FanDuel, with 45.2 FP after 26.7 in Game 1.

Rajon Rondo – Rondo continues to be undervalued in pricing but did commit five turnovers in the last game.  He made up for it with a team-high 9 assists and pitched in four rebounds.  Coming into the series there were concerns regarding the back spasms that have kept him out of much of the playoffs (perhaps why is pricing has been so low) but the point guard has played through it and is averaging nearly 24 DK FP per game despite only playing 21.5 minutes per-contest.  If he sees more playing time as we move forward, he is a must-play.  He might be already due to his value.

Michael Porter – While the production falls off sharply for the Nuggets after Jokic and Murray, Michael Porter has proved his worth fantasy wise.  He only scored 20.0 DK FP last time out but dropped 35.5 in Game 1.  Sunday saw his shot struggle, going just 3-9 from the field but he still managed to finish with 14 points thanks to going 7-8 from the free throw line, and pulled down 10 boards to complete the double-double.  He is going to have find his 3-point shot after going just 1-6 from behind the arc in Game 2. He is averaging 25.4 points in the series on FanDuel.

Danny Green – Green, along with Kentavious Caldwell-Pope (averaging 22.9 DK FP for the series) are providing solid production at the 2 spot in the Lakers lineup. In 26 minutes of play on Sunday, Green went 4-6 from the floor and 2-3 from the line to end up with 14 points but played an all-around game to end up with 27.8 DK FP.  That followed up a 22.3 FP performance in a Game 1 that saw him play just 23 minutes.  On FanDuel, he is averaging 27.0 FP through two games.

Will Barton – The forward has not played a single game in the Orlando bubble due to knee issues, but he was slated to return Oct. 1.  A few days ago, Mike Malone announced he will be out for the series and is doubtful for the Finals should they reach them.

Dion Walters – Has been officially MIA since Sept. 6, and he has been listed as doubtful for each game this series. Even if he returns, he would only be an emergency option fantasy wise.