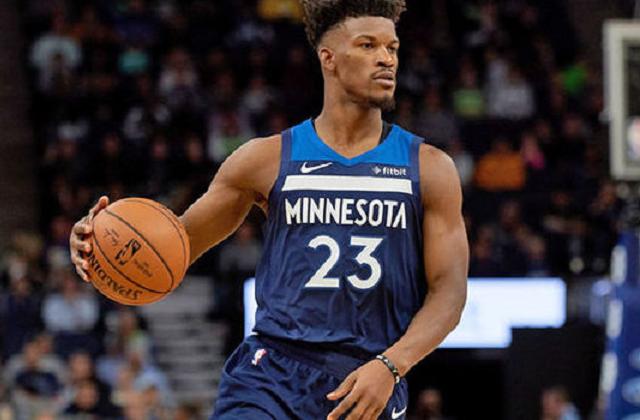 In a package deal. The Timberwolves traded Butler and center Justin Patton to Philly for forwards Dario Saric, Robert Covington, guard Jerryd Bayless and a 2022 second round draft pick.

Butler basically demanded a trade out of Minnesota two months ago, and that set the stage for what took place this weekend.

The Wolves have dropped five in a row and realized that the distraction and attitude of Butler was not helping anybody. Butler was still playing at a top-ten level, but his desire get out of Minnesota was on display for everyone to see.