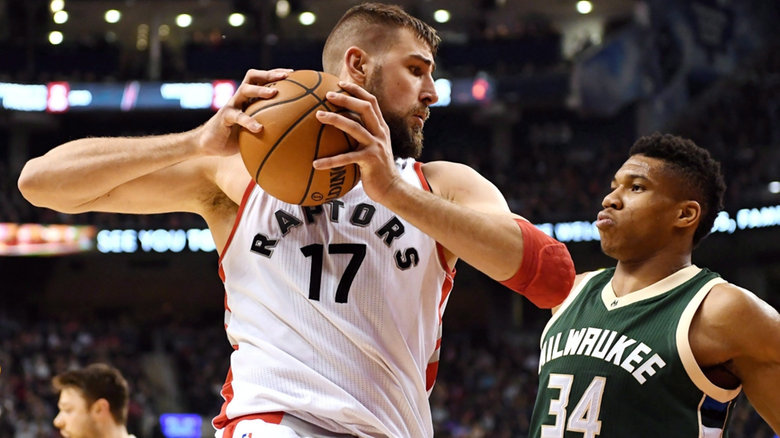 Rowdy Raptors Taking Over the East

As the Celtics stop and start and the Cavaliers continue to stumble, the NBA Eastern Conference is very much up for grabs, and the Toronto Raptors may just be the last team standing in the East.

I don’t know if there’s something in the water in Toronto, but the Raptors are suddenly playing with an edge. Every night the team takes the floor, they come out all fired up. The players are getting increasingly chippy with their opponents and showing a fire that has been flying under the radar. Fresh off of his selection as the All-Star Game head coach, Raptors skipper Dwayne Casey has his team playing hungry and high-energy ball and it seems to be working. It’s hard to tell if Toronto is trying to grab the title of “Bad Boys of the North,” but they are just one win from tying Boston for the top spot in East.

All-Stars DeMar DeRozan, Kyle Lowry, and even Jonas Valanciunas are mixing it up with other players and showing teams around the league that the Raptors have some teeth. Valanciunas and Serge Ibaka lead the Raptors' defense that NBA.COM ranks as the fourth-best in the league, just behind the Rockets and Celtics who are tied for second. More than any Raptor, Valanciunas has been on fire for the past few weeks. Over his last 10 games, the 7-footer is averaging a double-double per night, scoring 13.2 points, 10.2 boards and one block per game.

Casey has the team playing a more up-tempo offense that is working especially well for DeRozan and Lowry. DeRozan has dramatically improved his offensive efficiency and this is giving Lowry a chance to catch his breath and play fewer minutes per game. A rested Kyle Lowry could and should make a world of difference for the Raptors when the playoffs start in April.

The question is whether or not the Raptors can maintain this new-found intensity during the second half of the season. Will there be a letdown coming out of the All-Star break? Boston has had several chances to distance themselves from the rest of the East, but the Celtics keep coming up short. Toronto has a long history of shooting themselves in the foot during the playoffs, but maybe they could turn all of that around if they could march into the playoffs as the top seed.